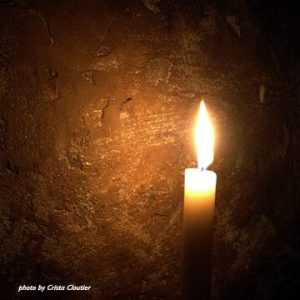 I get it. Both being an artist myself, as well as having an online business has opened me up to abuse. People can be mean.

But we can’t let the darkness hide our light.

Take Sean O’Brien, for example. Sean is not a svelte man; in fact, he’s rather large. Out with his friends at a club in his hometown of Liverpool one night, Sean was moved by the music and started to dance.

He knew people were laughing at him, and it hurt, yet he carried having fun with his mates. But the next day he realized that some idiot had filmed him and posted the video online. The comments it elicited were vicious and Sean wanted to hide under a rock and never, ever come out.

Sean had been shamed. And every artist knows, shame is most painful when aimed at that which comes from your heart.

Then a group of women in Los Angeles saw the video and its awful comments. They decided to give Sean’s story a different ending.

First, they set up a campaign to find Sean. #FindDancingMan Then they invited him to a party in LA, held in his honor, and raised the money via crowd-funding to do so.

1700 people donated to the cause and the opportunity to dance with Sean. All together, they raised over $40,000.

Imagine Sean’s surprise when he found himself on a business class seat to Los Angeles. Imagine how he felt when he found that Moby had offered to DJ the party for him. When he found himself being interviewed on TV, invited to dinner by Monica Lewinski, and even throwing the first ball at a Dodgers game in front of a roaring crowd.

The party itself was a massive success. Sean spent the whole night dancing with abandon, surrounded by love and acceptance. In the end, there was money left over to donate to anti-bullying charities in Sean’s name.

Sean O’Brien wasn’t afraid to dance that night in the Liverpool club. And the cyber-bullies who tried to shame him were never able to hide his light. For in a race between light and dark, the light wins every time.

So dance in your own light, let it shine for all to see, and never again be afraid of the dark.

Learn how to approach to art-world decision makers, create revenue streams, and get paid more being who you are – an artist.